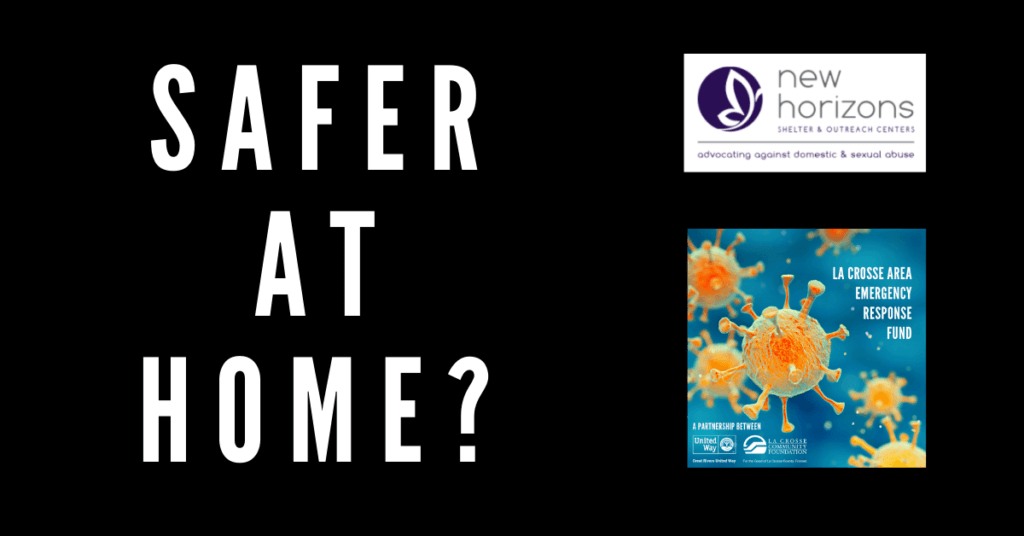 New Horizons Shelter & Outreach Centers has over 40 years of experience providing safe shelter, support, and advocacy for survivors of domestic violence, human trafficking, and sexual assault. They serve nine counties in Wisconsin and Minnesota, and are the only shelter in a 65-mile radius.

When COVID hit and we were all instructed to shelter in place, they needed a plan to protect those who were not safer at home. But how could they overcome the dangers of sheltering together during a pandemic?

How COVID impacted the shelter

New Horizon’s emergency shelter was placed on lockdown from March 15 through June 1, meaning that survivors were unable to be admitted into shelter for 11 weeks. Their crisis line saw an increase in calls related to domestic violence, in tandem with a national trend. The need to socially isolate, job losses, financial anxiety and lack of resources all contributed to the increased trend of domestic abuse.

And to further complicate matters, perpetrators of domestic violence were receiving low cash and signature bonds to keep the jail census low and mitigate a potential COVID outbreak in jail.

After the lockdown ended, New Horizons had to limit the number of individuals and families at shelter to only one person or family per room to adhere to safety guidelines developed by La Crosse County Health Department, the CDC, and other state domestic violence and sexual assault coalitions. That left only five rooms available to shelter people in crisis.

New Horizons knew hotel rooms were the best option to to keep clients safe-from-COVID and safe-from-perpetrators, but they needed help to cover the unbudgeted expense. That’s why they reached out to the Women’s Fund of Greater La Crosse and the La Crosse Area Emergency Response Fund (a partnership of LCF and Great Rivers United Way) for support.

Funding from both grantors meant New Horizons could cover the cost of emergency hotel stays for victims of domestic abuse, human trafficking, and sexual assault. Their advocates then provided direct services to clients to help establish safety plans and make connections with other community resources.

New Horizons was awarded $1,000 from the La Crosse Area Emergency Response Fund, which covered emergency hotel stays for 14 adults and eight children for an average stay of two nights. They reported that without being able to offer hotel rooms as an alternative location to their shelter, survivors would have been at an increased risk of violence being perpetrated against them.

A $15,000 grant from the Norman L. Gillette Sr. Family Fund was awarded to the Veterans Support Program of the Coulee Council on Addictions; this project would ensure continued free access to both individual and group recovery coaching for those veterans and their family members in need.