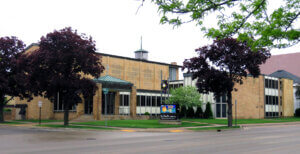 The fund is intended to honor the incredible legacy of the church and its thousands of congregation members whose families — many that spanned generations — celebrated marriages, baptisms, said goodbye to loved ones at funerals, and found other comfort in the church.

Pastor P. Asbjornsen became St. Paul’s first official pastor in 1871 and grew the church to a 49-member congregation during his three years of service. All services were conducted in Norwegian until 1915. It wasn’t until 1920 that English services became the norm, with a Norwegian service still offered the last Sunday of every month for several more decades. Many different pastors and six church locations served the congregation of St. Paul’s Lutheran Church in La Crosse throughout its 148 years.

The fund will provide perpetual annual support to six organizations in the region who continue to serve local individuals through programs aligned with the Lutheran faith. The fund will live on forever at LCF in memory of the church’s good works.

The Kaitlin Elizabeth Mahr Memorial Scholarship Fund was established in May of 2008, just one year after Katie’s death from suicide.