Maureen and Robert Freedland Funds for Studies of the Shoah (Holocaust)

Maureen and Robert Freedland established their funds that support Holocaust education in our region to honor the memory of their families and all others who perished in the Holocaust. Maureen’s parents immigrated to the United States from Czechoslovakia after WWII, having survived the tragic murders of their entire families in the Holocaust. This family trauma has inspired Maureen and Robert’s work on Holocaust education programs for students and teachers in our community.

They have two funds at La Crosse Community Foundation that support Holocaust education: 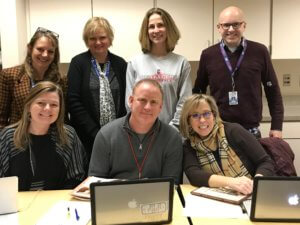 “Through these funds, we can help educate about the tragedy of the Holocaust so that when questions of refugees worldwide, issues of the dehumanization of people, and hate and prejudice arise, they shall be confronted with a more tolerant and understanding perspective.” – Maureen and Robert Freedland

Maureen and Robert also have another donor advised fund at the Foundation (Maureen Freedland Social and Environmental Justice Fund) that Robert started as a gift to Maureen to recognize all of her community service work.

Those who would like to join Maureen and Robert in this good work are invited to make contributions to one of the Freedland funds.

The Kaitlin Elizabeth Mahr Memorial Scholarship Fund was established in May of 2008, just one year after Katie’s death from suicide.